# Each character will have an Obsession, a Phobia, and a reason they Cannot Go Back to their old life. All these characters share one thing: they know The Zone will almost certainly kill them, but believe it's worth it to fulfill their Obsession 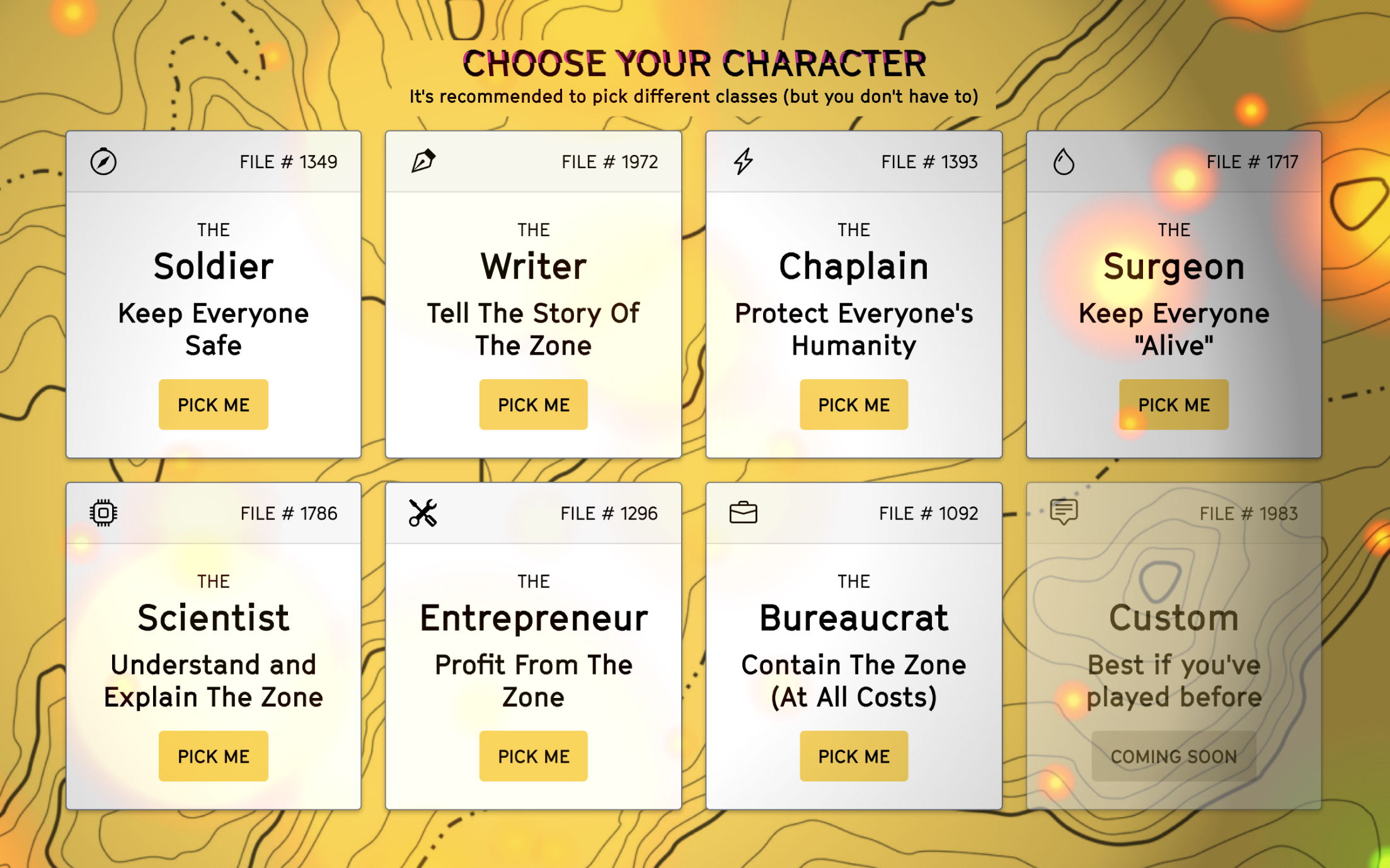 There are seven default characters to pick from. It's absolutely fine for players to pick the same Archetype (it may be right for your story to have five scientists exploring The Zone), but check in with each other just in case. 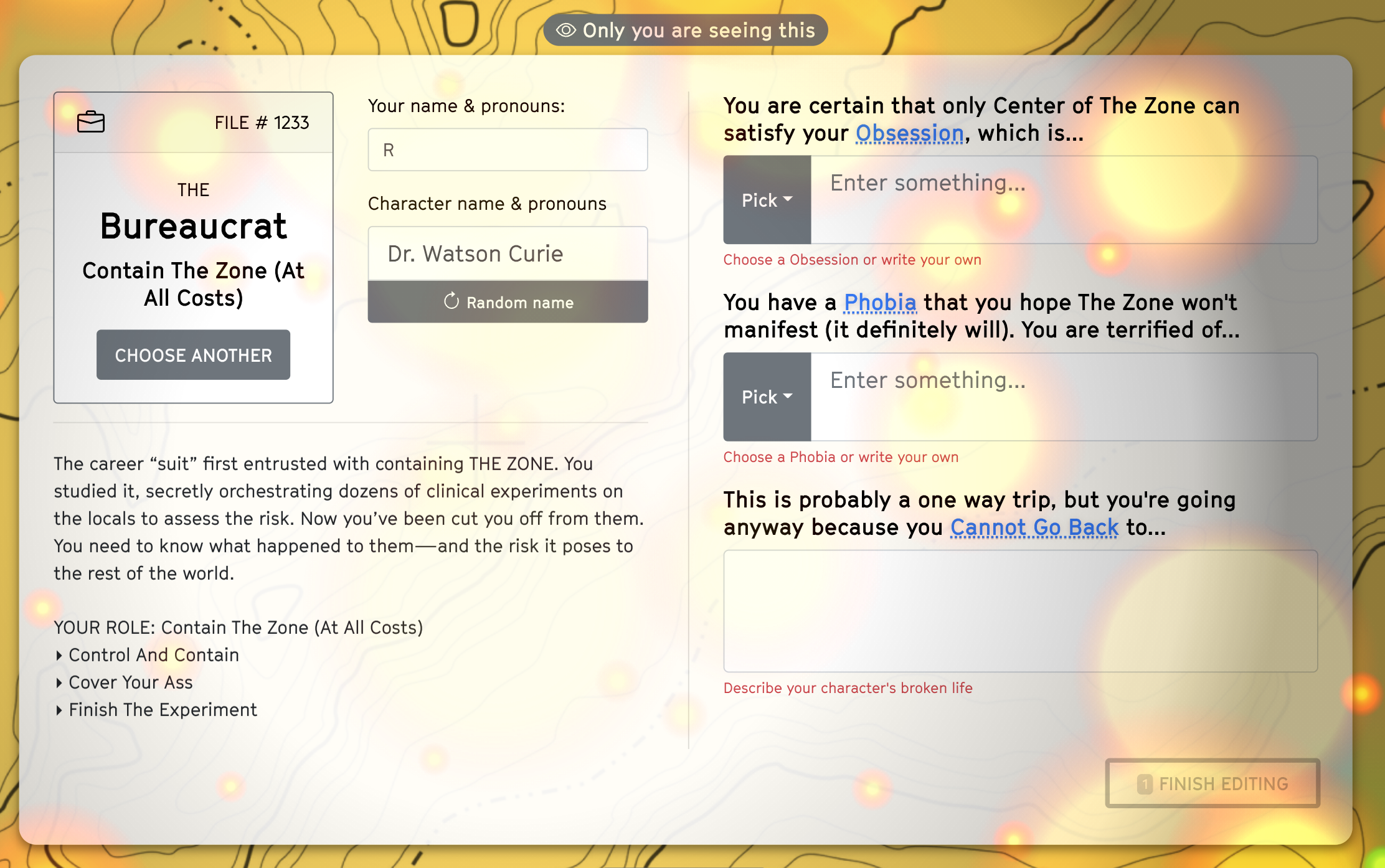 # Pick an Archetype, then fill out the Obsession, Phobia, and Cannot Go Back (or write your own).

The most important thing to remember is that the Obsession and Phobia are the way The Zone (as embodied by each other, the players) will push each character to its limits. These will be referenced in Scenes and Not So Easy cards. They are public, and in fact you are strongly encouraged to know each other's—especially if you are setting up a scene or a mutation that mentions someone's Obsession or Phobia being triggered.

Unlike the Name, Obsession, and Phobia, there are no prefabricated options for "Cannot Go Back" because that short exercise of trying to come up with something is a great way to start internalizing the character. But don't overthink it! If you feel stuck, keep it short and let it emerge in play.

Once everyone has created characters, you will take a few minutes to introduce each character to the group. Feel free to ask each other clarifying questions, and make sure to share your Obsession and Phobia.